In May, the Longview Police Department (LPD) began investigating a breaking and entering and larceny that had occurred within the city limits of Longview. LPD investigators quickly identified the persons responsible for the crime and learned that some of the property had been sold to an individual in Burke County. 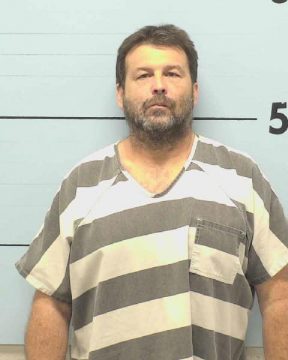 Through a collaborative investigation, Burke County Sheriff’s Office (BCSO) detectives were able to obtain information that the stolen property along with multiple firearms had been sold or traded to 52-year old Jeffrey Todd Parker. Parker stored the stolen property at his residence in Connelly Springs, and at his business, Parker’s Custom Furniture/Unique Design, located at 701 US Hwy 70, Hildebran. Parker is a convicted felon and can’t purchase, own, or possess firearms. On June 1, 2022, search warrants were executed at Parker’s residence and business simultaneously. Subsequent to a search of the properties, investigators located and seized a total of 53 firearms.