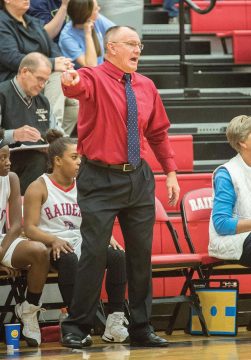 Taylorsville’s Roger Bumgarner has stepped down as North Iredell High School’s Women’s Basketball coach. He led the Raiders for the past nine seasons.

North qualified for the 3A state playoffs seven times, including this past season. The 2016-17 team captured the North Piedmont Conference regular-season and tournament championships and finished 28-2.