The Iredell County Sheriff’s Office is currently looking for 31-year old TYRELL DANTAYE DANIELS. He is entered as “Wanted” for one count of Murder.

The warrant stems from an early morning shooting which occurred on Williams Road, near west Statesville. 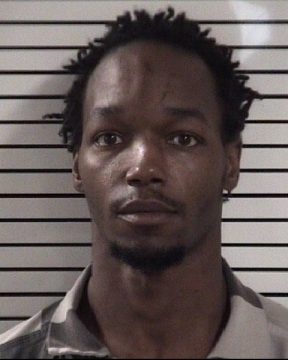 Iredell County Sheriff’s Office Homicide Investigators and Crime Scene Investigators were called to the scene and then a secondary scene at Iredell Memorial Hospital shortly after 3:00 am this morning. One victim was confirmed deceased at the hospital. We are not releasing the victim’s name at this point in the investigation.

Based on information received through the investigation, Homicide Investigators were able to receive the arrest warrant for Tyrell Dantaye Daniels.

Daniels has made threats against law enforcement officers in the past. If anyone knows where Tyrell Dantaye Daniels can be located, please call 911 or the Iredell County Sheriff’s Office at 704-878-3100. Daniels should be considered armed and dangerous.