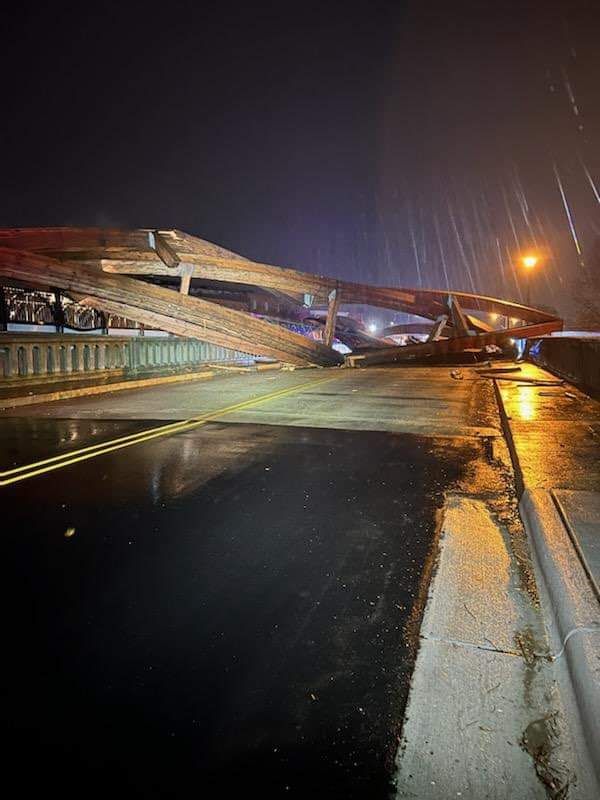 The “Wooden Arches Bridge” in Hickory collapsed this morning. The span crosses Highway 127 (N Center St)
No injuries have been reported.

The wooden arches over the Rudy Wright bridge over N.C. 127 in Hickory have collapsed. Details had not been released on what caused the arches to come down. There were no reports of injuries initially. As a result of the collapse, Main Avenue NE on either side of the bridge was closed, and N.C. 127 in the area of the bridge was also shut down temporarily but has since reopened.

Construction on the arches over the pedestrian bridge was completed in 2021 and it was dedicated in the middle of December. We’ll have more information as it becomes available.