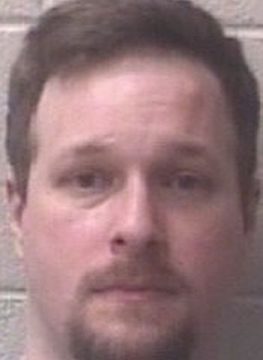 Bond now stands at $1.46 million dollars for a Taylorsville man charged with over 100 counts of secret peeping, processing images from secret peeping, and indecent liberties wiith a minor.

32-year old Michaael Justin Childers was arrested on December 1st, 2020 after a video device was found in a restroom at Wittenburg Elementary School. He was charged with a single count of secret peeping at that time.

On March 4th, Alexander County Sheriff Deputies and Taylorsville Police arrested Childers as part of an ongoing investigation led to numerous videos being located in Childers’ possession. The videos that were discovered are not connected to Wittenburg Elementary School investigation. Most of the videos appear to have been taken between 2016 and 2019, while Childers was an employee of Walmart in Taylorsville. Some video images were taken at Ellendale Elementary School. His bond was listed at $1.25 million.

More charges have since been filed raising bond to $1.46 million. Sheriff Chris Bowman says there is still a lot of material being reviewed and more charges could be filed.

The next court date for Childers is listed as March 22nd.