Authorities in Iredell County are investigating a Courthouse bomb threat.

Around 2:20 pm on Tuesday, a phone call was received by an Iredell County Clerk of Court staff member stating there were explosive devices in the Iredell County Courthouse and the District Attorney’s Office. The caller also made statements referencing that he had placed these explosive devices in both buildings due to a family member recently being sentenced to prison. When the phone call was received, there were over 100 citizens and employees inside both buildings.

Once the buildings were secured, the sheriff’s office utilized Explosive Detection Canines to search the buildings to locate any explosives. After a thorough search, Deputies determined there were no explosive devices present, and both buildings were deemed safe for citizens and employees to enter.

Investigators have determined the phone originated on a voiceover IP number, meaning the call came from an electronic device utilizing public Wi-Fi signal. The Wi-Fi signal originated at a business on North Center Street. 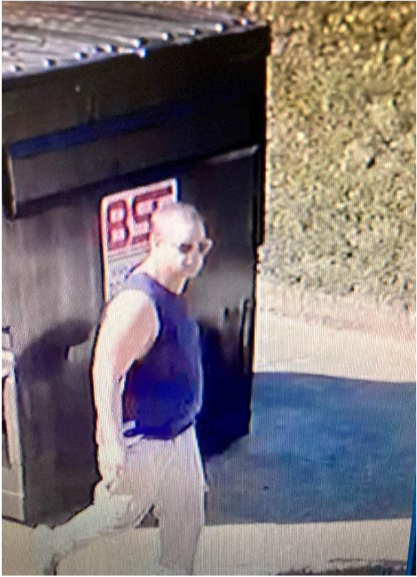 Criminal Investigators immediately responded to the business and gathered video surveillance footage of a white male throwing a handheld computer tablet into a dumpster. The tablet was recovered and is currently being processed for evidence. Investigators then went to another business across the street and obtained even more video footage of this same subject. 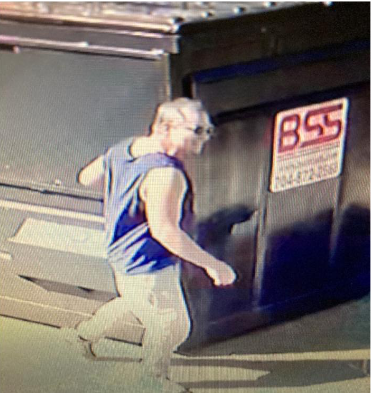 The man shown on video entered a light-colored SUV and drove away before deputies responding to the scene secured the area.

If you know this person or have seen the suspect vehicle, please call the Iredell County Sheriff’s Office at 704-878-3100.