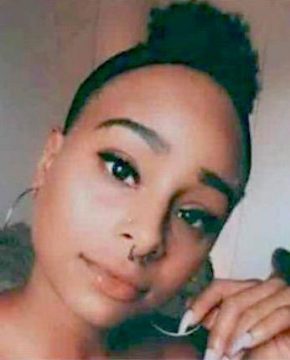 A body found Monday at an outdoor location in the White Plains Road area of Roaring River has been identified as that of a woman reported missing according to the Wilkes County Sheriff’s Office.

Wilkes County native, 26-year old Kadejuia Nicole Hamilton. most recently lived in Sparta. The identification was made based on her tattoos. Wilkes Sheriff Chris Shew says the death is being investigated as a homicide and that there is a suspect.

Wilkes Sheriff’s Deputies and Wilkesboro Police Department Officers, acting on information gained in an investigation, found the body on private property about 1 p.m. Monday. The body probably had been at the location for over a week. The body was transported to a forensic pathologist for an autopsy but investigators are still awaiting information concerning the cause of death.

Hamilton was a 2012 graduate of Wilkes Central High School.