A preliminary autopsy conducted on Friday failed to reveal the identity of a body found last week south of Taylorsville.

A badly decomposed corpse was located on Tuesday, September 28th in a wooded area near the intersection of County Home Road and Millersville Road.

Alexander County Emergency Communication Center received a call about a vehicle accident located on County Home Rd, near the intersection of Millersville Rd. Alexander County EMS, along with North Carolina Highway Patrol responded. The driver of the wrecked vehicle was transported to a local hospital. During the accident, the driver’s dog escaped the wrecked vehicle. The driver’s brother came to the scene to wait on a wrecker. The brother stepped into a wooded area in an attempt to locate the missing dog. While in the woods, he came upon a wallet. Several feet away from the wallet, he saw what appeared to be a severely decomposed human body. 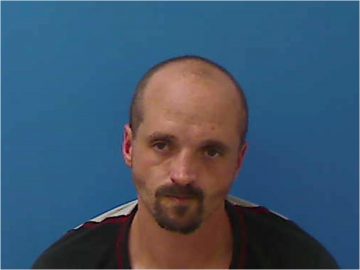 Alexander County Sheriff Chris Bowman said later in the day that evidence indicated the body is that of 39-year old Jason Anthony Riddle of Stony Point. Riddle was listed as missing on September 9th. The case was investigated but Riddle was never found. The wallet found contained documents belonging to Riddle including a North Carolina Identification card.

The remains were so badly decomposed the preliminary autopsy was also unable to determine the cause of death.