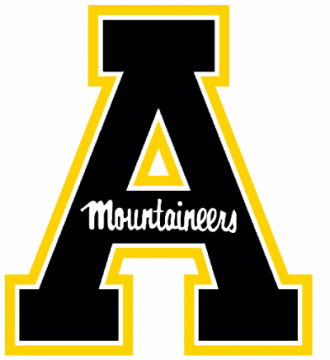 NEW ORLEANS — App State Football has been voted to repeat as the East Division champion in the Sun Belt Conference’s preseason polls and awards that were released by the league Monday, the eve of Media Days in New Orleans.

In a vote by Sun Belt coaches, the Mountaineers totaled 10 of 14 first-place votes and a division-best 94 voting points. Offensive tackle Cooper Hodges and running back Camerun Peoples made the preseason All-Sun Belt first team.

Eighteen players who started at least one game in 2021 return from an App State team that enjoyed a 10-win regular season and captured a division title during Clark’s second full season as head coach. The Mountaineers went 7-1 in league play, including 4-0 against East Division foes, before facing Louisiana, again the 2022 West Division favorite, in the Sun Belt Championship Game.

Hodges has received All-Sun Belt recognition after each of the last three seasons, as he’s been App State’s starting right tackle for 39 consecutive games. He graded out at 86 percent and had a team-high 84 knockdown blocks in 2021.

Brice set App State’s single-season record for passing yards with a league-leading 3,337 to go along with season totals of 27 touchdown passes and a 62.1 completion percentage. Daley started every game at left guard in 2021, allowed just one sack in 698 plays and finished the season with 38 knockdown blocks.

Cobb earned All-Sun Belt recognition last year after being the only FBS player with at least 75 tackles, 5.5 tackles for loss, three interceptions and seven passes defended. He enters 2022 with 228 career tackles and 18.0 tackles for loss.

Hampton ranks first among returning Sun Belt players with 19.5 career sacks and second with 30.5 career tackles for loss. His 11.0 sacks in 2021 were the sixth-most in the country among FBS players returning in 2022, and he was one of only five players nationally in 2021 with more than 10 sacks, 15 tackles for loss and 65 tackles.

A second-team preseason All-American via the Walter Camp Football Foundation, Jones made four All-America teams last season, including first-team honors from three outlets. He increased his career total to seven interceptions with five during a breakout 2021 season that included three pick-six returns for touchdowns.

App State begins fall practice Aug. 5 and will face North Carolina on Sept. 3 for a home opener that is officially a sellout. App State announced recently that football season tickets are sold out for the first time in school history after approximately 11,000 had been sold.