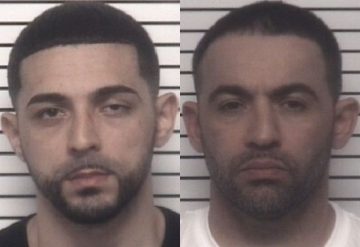 32-year-old Rafael Angel Moreno and 44-year-old Steven Salgado were arrested Wednesday (May 4) by Iredell County Sheriff’s Officers. They’re each charged with two felony counts apiece of trafficking heroin and trafficking cocaine along with single felony counts of possession with intent to manufacture, sell, and deliver heroin and cocaine. Both suspects were arrested early Wednesday afternoon and placed in the Iredell County Detention Center under two million dollars secured bonds each. The next District Court date for each suspect is May 25.