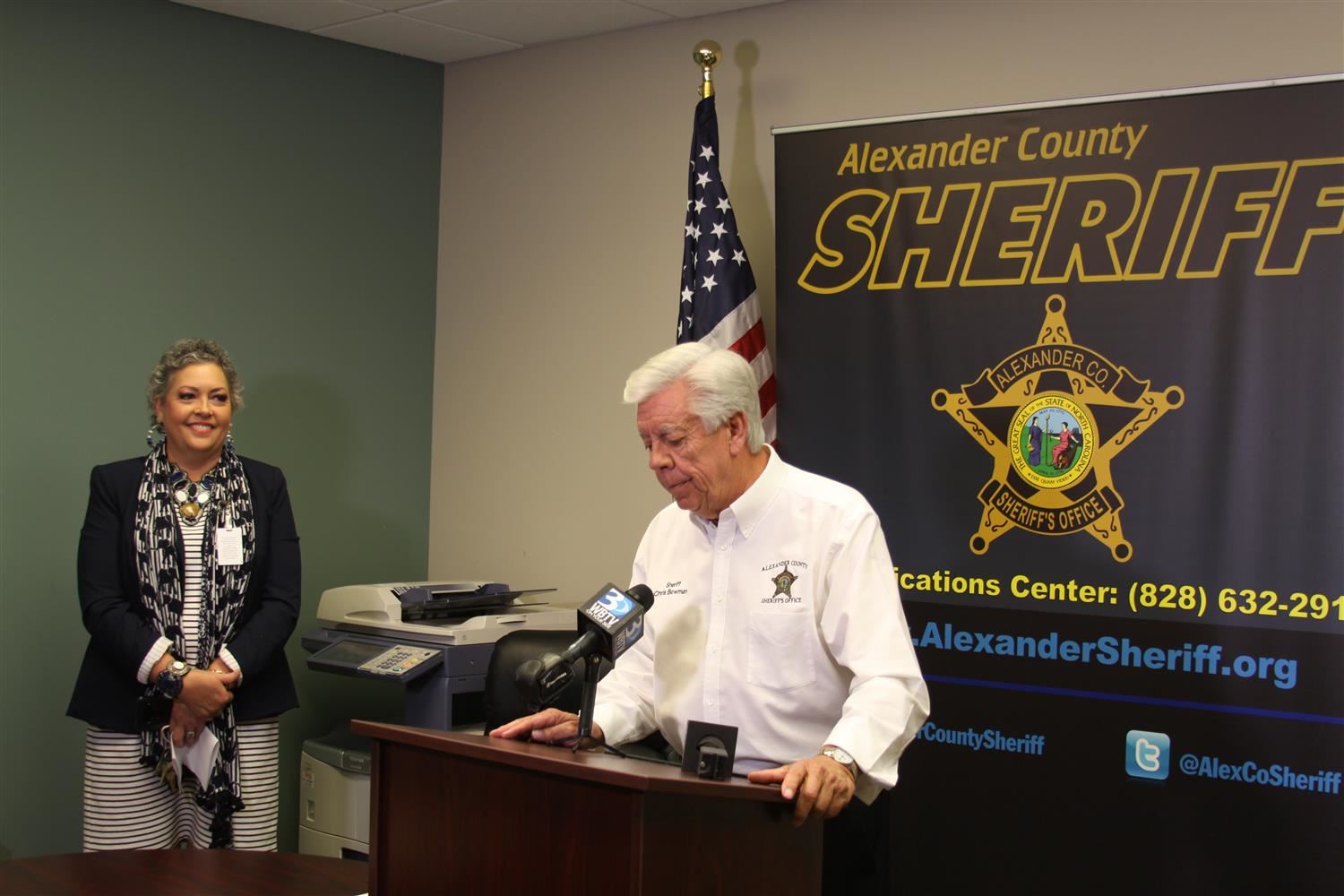 Alexander County Schools Superintendent Dr. Jennifer Hefner announced today, along with county sheriff Chris Bowman, the receipt of a state grant to help fund school resource officers (SROs) at the district’s elementary schools. Currently the district receives funding for one officer that splits time between Hiddenite and Stony Point Elementary. The goal of the newly awarded $308,000 would be to place a full-time officer at each of the seven elementary schools.

School resource officers are fully sworn law enforcement members who maintain a presence at school. They are able to respond to a crisis but also play a critical part in mentoring students who need positive role models.

The state has awarded grants for resource officers for several years now, but this year the state General Assembly changed the amount that qualifying low-wealth districts could receive. The state agreed to allot $44,000 per officer with a required local match of $11,000 for low-wealth districts. The North Carolina Department of Instruction (NCDPI) designates certain counties as low-wealth based on the county’s revenue, tax base per square mile, and average per capita income. Alexander County qualifies as such a district.

The school shooting in Uvalde, Texas last May has increased calls across the country for more officers. Hefner and Bowman have asked the Alexander County Commission for funding to help with the local costs of cars, equipment, and benefits. The county would also need to fund salaries for the officers for two months of the year since schools are open only 10 months. Now that the funding from the state is secured, the school system will pitch the added costs to the commissioners again. The county commission meets Monday, November 7th.

The district will be expected to complete reports for the state, and the SRO funding will be automatically extended for the 2023-2024 school year.

Also part of the state award is another $53,000 for vape detectors for restrooms at ACS middle schools and window clings for privacy and safety.