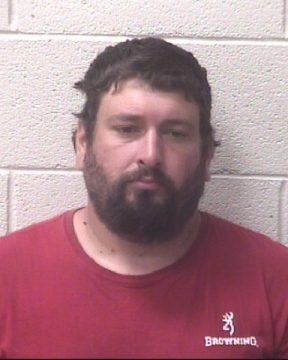 An Alexander County man is now in prison following an appearance last week in Superior Court.

On August 18, 35-year old Joshua Carl Pennell of Taylorsville pleaded guilty to a charge of registered sex-offender on child premises and violation of his habitual felon status. Pennell will serve 110 to 141 months in state prison.

Pennell was taken into custody by authorities in Forsyth County on Thursday, July 22nd for violation of his sex-offender status. Pennell had previously entered into a plea-agreement on charges of felony sex-offender on school premises, felony failure to register an address change as a sex-offender, violation of his habitual felon status, and felony obtaining property by false pretense. He was transferred to the Alexander County Detention Center on July 23rd.