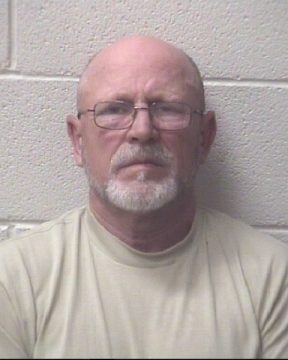 Michael Douglas Porter, age 58 of Taylorsville was taken into custody by the Alexander County Sheriff’s Office and the Office of Probation and Parole on Friday. He was charged with felony possession of a firearm by a felon, and felony probation violation. Porter was placed in the Alexander County Detention Center with a secured bond of $25,000. A court date is set for November 29th in Taylorsville.

Porter was arrested on the exact same charges on December 31, 2020. Dating back to 2018, Porter was charged with firing shots in the direction of firefighters on Icard Ridge Road in Bethlehem. He had called the firefighters to the location himself in regards to a grass/brush fire. He was given a suspended sentence and placed on probation for those charges.