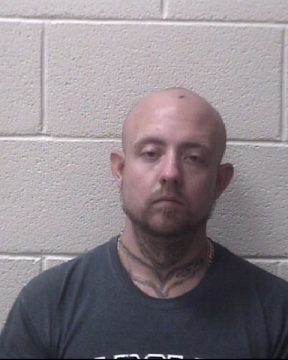 Cody Ben Fox, age 27 of Taylorsville is again, in jail.

Fox was taken into custody on Tuesday by Alexander County Sheriff’s Deputies and charged with felony assault with a deadly weapon, assault-communicating threats, and larceny. He was placed in the Alexander County Detention Center without bond.

Fox was arrested in October by Taylorsville Police and Sheriff’s Deputies. He was charged with felony breaking and entering a motor vehicle and and felony larceny of auto parts. Fox has a long list of pending charges in other counties including Catawba, Caldwell, and Wilkes Counties.