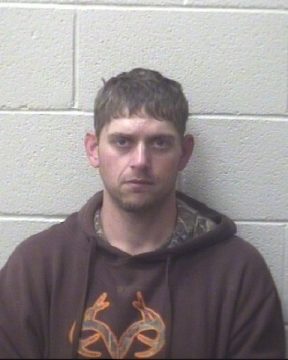 Alexander County Sheriff’s Office Deputies arrested a man who was wanted for failure to appear and in the process charged him with new felony drug offenses.

Officers went to a location in Eastern Alexander County on Wednesday, October 19th to serve arrest warrants on 34-year old Jody Gene Johnson of Stony Point. He was wanted after missing court dates for felony possession of methamphetamine, carrying a concealed weapon, and a pair of driving while license revoked.

A court date of December 5th scheduled in Taylorsville.