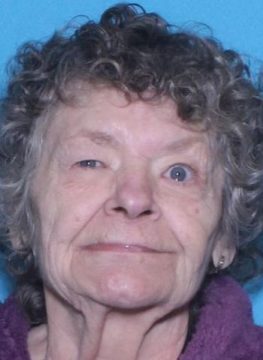 The N.C. Center for Missing Persons has issued a Silver Alert for a missing endangered woman from Iredell County, 76-year-old Karol Anne Vandewater. Citizens are asked to be on the lookout for Ms. Vandewater, who is believed to be suffering from dementia or some other cognitive impairment.

She is described as a white female, 5’3″, 111 pounds, with gray hair and blue eyes. Ms. Vandewater was last seen wearing a purple & red shirt, black capri pants and black sandals. She was last seen at 189 Doe Trail Lane in Statesville.

The vehicle description given is a 2000 Silver Honda Accord, North Carolina license tag NTC2400. Anyone with information about Karol Anne Vandewater should call the Iredell County Sheriff’s Office at 704-878-3180.