It’s Love Your Red Hair Day and Love Your Lawyer Day. Unless your lawyer has red hair, just go with the first one

1605: The “Gunpowder Plot” attempted by Guy Fawkes failed when he was captured before he could blow up the English Parliament. Guy Fawkes Day is celebrated every November 5th in Britain to celebrate his failure

1872: Susan B. Anthony was fined $100 for attempting to vote in the presidential election. She never paid the fine

1935: The game “Monopoly” was introduced by Parker Brothers Company 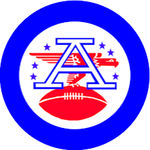 1959: The American Football League was formed

1994: George Foreman, 45, became boxing’s oldest heavyweight champion when he knocked out Michael Moorer in the 10th round of their WBA fight in Las Vegas

2006: Saddam Hussein, former president of Iraq, and his co-defendants are sentenced to death

Weather: Cold start, Sunny with a high in mid-50’s

Sports: It’s strange the Cougars are in the State Football Playoffs that begin tonight…Panthers likely to start Walker against Pats on Sunday…Can Wake stay perfect against the tissue-soft Tar Heels ?…Pack head to Tallahassee…NASCAR decides champion on Sunday…A Parade today in Atlanta

She says, he did it https://nypost.com/2021/11/04/natalie-woods-sister-says-robert-wagner-killed-the-actress/