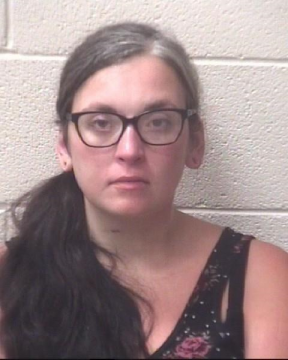 An Alexander County woman has been charged with the abuse of a child.

On Friday, July 16th, the Alexander County Sheriff’s Office was notified of a juvenile being treated at an area hospital. The child had injuries consistent with child abuse according to the medical professionals. Detectives began an investigation and determined charges should be filed.

30-year old Joanna Marie Teague of the Bethlehem Community was taken into custody and charged with one count of felony negligent child abuse with serious bodily injury. The juvenile has been transferred to another medical facility for further treatment.

Teague remains in the Alexander County Detention Center with a secured bond of $200,000. An initial court appearance is scheduled for today in Taylorsville.