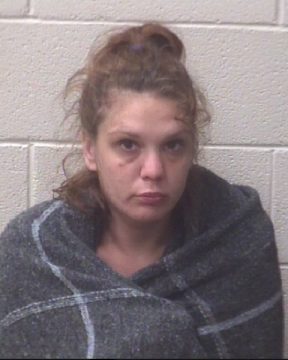 Taylor Adele Snook, age 27 of Hiddenite, was taken into custody in the pre-dawn hours on Thursday, August 18th.

Alexander County Sheriff’s Deputies responded to a location in Hiddenite in reference to a domestic disturbance. Snook was at the location and was served an outstanding warrant from Wilkes County for assault on a government official. She was placed in the Alexander County Detention Center with a secured bond of $5,000.