Four people are confirmed dead and three remain missing as the result of the storm in Alexander County.

At a press conference this afternoon, Alexander Sheriff Chris Bowman and County Director of Public Services Doug Gillispie reported three bodies have been discovered at the Hiddenite Family Campground on Princess Lane in Hiddenite. Two people are still missing. The search for the missing people is ongoing. 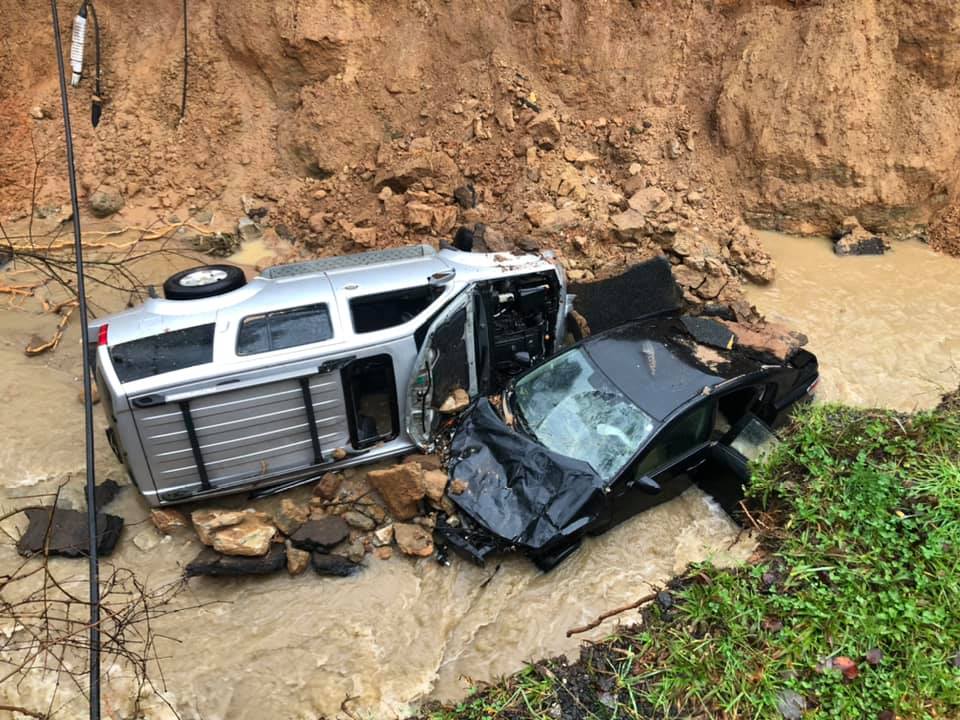 As much as 10 inches of rain has fallen in Alexander County in a period of 36 hours. There have a total of 9 swiftwater rescues in addition to 31 people who were evacuated from the Hiddenite Family Campground.

Sheriff Bowman said there are around 50 roadways that have been closed or compromised and at least four bridges destroyed.

An emergency shelter has been established at the East Taylorsville Baptist Church.