On Tuesday, October 20th shortly after 5:00 pm, a 911 call was received by the Iredell County Sheriff’s Office reporting a home invasion had occurred at a residence on Fern Hill Road, south of Troutman. The female victim stated there were two tie-up inside the home.

When officers arrived, they located a victim in the front yard of the residence. She told them the suspect was a family member, and he had stolen her car and fled the scene. She also said the other victims were still in the residence, and she was unable to get in because the suspect had locked the door, and taken the keys.

Deputies were able to make entry into the residence. After going inside the home, they located another victim who was in the process of untying himself. The third victim, an elderly female, was still tied up, and in need of medical assistance. Detectives were able to free her, and provided medical care until Iredell County EMS arrived. This victim was quickly stabilized, and taken to a local hospital for emergency treatment. 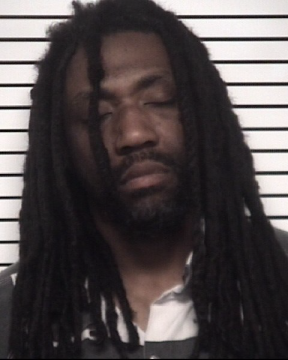 The suspect was identified and confirmed by witnesses as 43-year old Chad Bradley Moore of Troutman.

The victims indicated Moore had come into the residence demanding money, he assaulted them when they refused. He then took their credit cards. Moore was reported to have stolen a vehicle from the residence

Detectives were able to send out the suspect’s description, along with the vehicle description to other law enforcement agencies. A short time later, the Iredell County Sheriff’s Office Detectives were notified that Moore had attempted to use one of the stolen bank cards in Belmont and Charlotte.

Charlotte Mecklenburg Police Department’s Real Time Crime Unit notified the Iredell County Sheriff’s Office they had been spotted the suspect vehicle, and officers were responding to attempt to arrest Moore in Charlotte. Once the Charlotte Officers attempted to stop Moore in the stolen car, he refused to stop and a chase ensued. The chase ended when the vehicle eventually stopped, and officers were able to take Moore into custody without further incident.