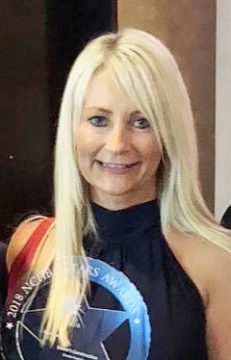 A former Taylorsville resident who pleaded guilty in January to embezzling more than $15 million has indicated she will begin making restitution before her sentencing. This week, a federal judge signed off on an agreement between Donna Osowitt Steele and federal prosecutors for early prepayment.

Steele plans to liquidate some of her assets to make the payments. The federal government would hold any payments before they are disbursed to the defrauded party.

The defrauded party in this case is TIGRA USA, a German-based company with a location in Hickory where Steele worked for more than 20 years and served at one time as CEO. She admitted diverting more than $15 million of company money, funds that were used for lavish purchases and to support her clothing company Opulence by Steele. TIGRA is seeking restitution in excess of $16 million.

It’s not clear how much Steele has paid or intends to pay early or what assets she will sell to make those payments.

In January, Steele sold the Alexander County property she used for a wedding venue known as Steele Farms for $1.5 million.

Steele resided in Taylorsville at the time of her conviction but has since moved to Watauga County.