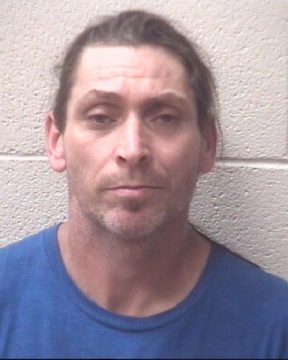 Taylorsville Police Officers arrested 47-year old Chad Vance Hill of Taylorsville on Wednesday. Hill was charged with felony creating counterfeit controlled substance and driving while license revoked. He also had outstanding warrants for failure to appear on a charge of larceny in Alexander County and a failure to appear for assault on a female in Caldwell County. Hill is being held in the Alexander County Detention Center with a secured bond of $88,000. A Monday court appearance is scheduled.