It’s never a good idea to leave behind your cellphone while breaking into a building.

A Conover man is in custody after being arrested by Taylorsville Police on Tuesday. Officers had an outstanding lead, a cell phone left behind by the suspect.

Pre-dawn on Tuesday, Taylorsville Police responded to Hildebran Accounting on West Main. An alarm had sounded indicating activity at a rear door. A back door appeared to have been “kicked-in” according to the arrest report. The area was searched, no suspect was located. Alexander County Sheriff’s Deputies arrived with K9 Officer Mick but that search came up empty as well. 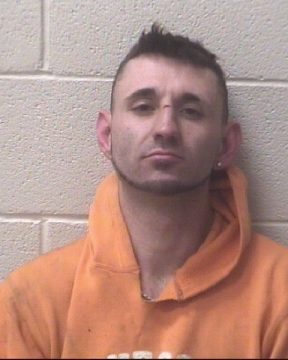 A cell-phone left near the door of the business led Police to the arrest of 25-year old Tyler James Angel of Conover. Angel admitted to the breaking and entering and also confessed to breaking into the vacant building of the former Alexander County Hospital.