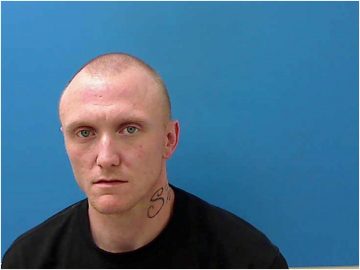 Jonathan Todd Mitchell, age 31 of Taylorsville was arrested Wednesday by Hickory Police on a series of charges. Mitchell was charged with attempting to break in or enter a building, obtaining property by false pretense, failure to appear for possession with intent to distribute methamphetamine, trafficking in methamphetamine, possession of drug paraphernalia, and failure to appear for breaking/entering, and larceny after breaking and entering. Mitchell’s bond was set at $143,000 secured and is being held in the Catawba County Detention Center. He will appear in court Thursday in Newton.