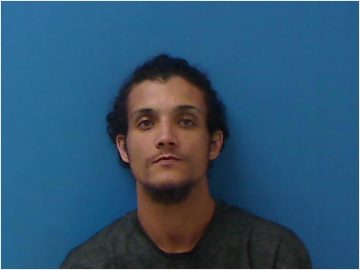 26-year-old Austin Markize Saddler of Polk Street in Taylorsville was arrested by Hickory Police on Wednesday, October 27th. Saddler was charged with felony possession of methamphetamine and possession of stolen property, along with misdemeanor counts of possession of marijuana up to half-an-ounce, possession of drug paraphernalia, and resisting, delaying, or obstructing a public officer.

Saddler was taken into custody last Wednesday at a restaurant on Highway 70 S.E. in Hickory. He was jailed in the Catawba County Detention Facility under a $25,000 secured bond. A first appearance in District Court was scheduled last Thursday (October 28) in Newton with another court date scheduled for November 18.