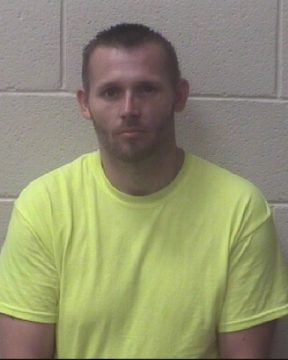 A Taylorsville man was arrested on Sunday on arrest warrants from Lincoln County.

Simmons has pending charges in Alexander County for shoplifting/concealment of goods, second-degree trespass, and attempted larceny. He was scheduled to appear on those charges on Monday in Taylorsville.