A man is in custody after he tried to flee from officers this morning in Western Alexander County.

Around 9am, an Alexander County Sheriff’s Deputy recognized a suspect operating a vehicle near the intersection of Highway 127 and US 64-90. The Deputy knew that warrants were outstanding for the operator of the vehicle.

Blue lights and siren were activated but the suspect fled onto All Healing Springs Road. The driver refused to stop and turned onto Lambert Fork Road eventually driving into a field and fleeing on foot into a wooded area.

Alexander County’s K9 Officer along with Bloodhounds from the State Department of Corrections searched the area. 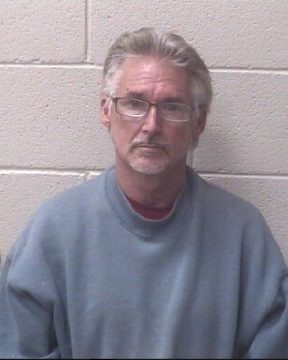 Around 11am, 59-year old Bobby Gene Simmons of Taylorsville was taken into custody. He has been charged with felony probation violation, misdemeanor probation violation, and three counts of fleeing law enforcement with a motor vehicle with aggravating factors. Additional charges are possible.

Simmons is being held in the Alexander County Detention Center with a secured bond of $25,000.

Simmons was convicted of assault with a deadly weapon with intent to inflict serious injury in 2018 in Alexander County. He was given a 36 month suspended sentence and was granted probation.