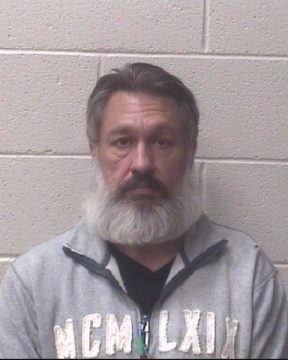 Jeffrey Ray Minton, age 51 of Taylorsville, was placed in custody on Sunday. He was charged with probation violation and remains in the Alexander County Detention Center with a bond set at $10,000. He is scheduled to appear in court on March 21st.