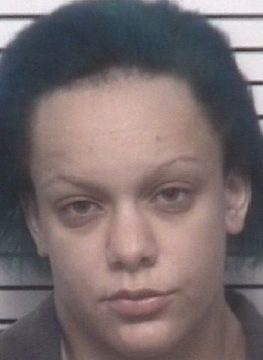 Friday, just before 11 a.m., the Statesville Police Department responded to an individual who had been hit by a vehicle on the entrance ramp to Interstate 40 east from Highway 90. Once at the scene, officers were met by Piper Michelle Ritchey, who stated that she had hit her boyfriend with her vehicle. Investigators and Forensics Unit arrived on scene and began processing and collecting evidence.

Video from a nearby business was collected which showed Ritchey strike her boyfriend with her vehicle, back up, and then drive forward hitting her boyfriend again, and then, according to police, she ran him over. Ritchey’s boyfriend, whose name was not released, was immediately transported to Baptist Hospital with multiple trauma injuries.

Ritchey was arrested and taken before a magistrate and charged. She was placed in the Iredell County Detention Center where she remained today (October 19) under $500,000 secured bond. A District Court appearance is scheduled for November 3. The investigation into this incident is continuing.