1862: The Medal of Honor is authorized by Congress

1954: Elvis Presley signed his first recording contract and quit his job as a truck driver. The contract was with Sun Records

1957: Surgeon General, Leroy E. Burney, reported that there was a direct link between smoking and lung cancer. Shocking that it surprised some people

1962: The Rolling Stones perform for the first time at London’s Marquee Club

1982: “E.T.: The Extra-Terrestrial” broke all box-office records by surpassing the $100-million mark of ticket sales in the first 31 days of its opening

1984: Democratic presidential candidate Walter Mondale named Geraldine Ferraro of New York to be his running mate. Ferraro was the first woman to run for vice president on a major party ticket 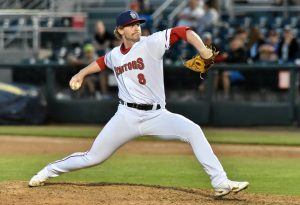 Some strange things are happening in Gastonia https://www.wsoctv.com/news/local/spotted-wallaby-caught-video-hopping-gastonia/EOQH6LSGGRFZ5GS2JUAFDFZMZM/

Quote of the Day: “None are so old as those who have outlived enthusiasm”… Henry David Thoreau (Born this day in 1817)