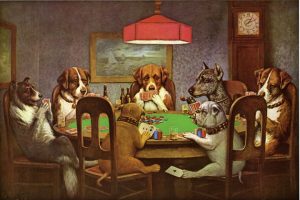 1895: Wilhelm Röntgen publishes a paper detailing his discovery of a new type of radiation, which later will be known as x-rays

1912: The first municipally owned streetcars take to the streets in San Francisco

1958: The Baltimore Colts defeat the New York Giants in the first ever National Football League sudden death overtime game. It’s still referred to by some as “Greatest Game Ever Played”

1973: The United States Endangered Species Act is signed into law by President Nixon

2000: Montgomery Ward closes the last of it’s stores after being in business for 128 years

In the News: COVID cases continue to grow in area…Taylorsville man jailed after resisting deputies Sunday night…Man jailed for missing court date in Alexander County…Morganton man arrested for breaking into a house of worship

Sports: Cougar Basketball Teams romp in first round of holiday tournament, second round action today…Hornets ground the Rockets….Panthers sent home due to COVID cases on roster…Fish win 7th in a row…NHL trying to restart season but COVID won’t let go

One of the original Navy Seals has died https://www.cnn.com/2021/12/27/politics/richard-marcinko-dead-seal-team-six/index.html

Study confirms what men have known for generations https://nypost.com/2021/12/27/women-who-have-more-sex-have-better-developed-brains-study/

Quote of the Day: “The telephone book is full of facts, but it doesn’t contain a single idea”…Mortimer Adler (Born this day in 1902)