Happy Drink A Beer Day, see above and invite neighbor over and share a pint !

1787: Congress voted to send the new Constitution of the United States to the state legislatures for their approval

1920: Nine members of the Chicago White Sox were indicted in what was called the “Blak Sox Scandal.” They were accused of throwing the 1919 World Series with the Cincinnati Reds 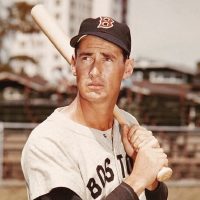 1941: Ted Williams of the Boston Red Sox finished the season hitting .406. It has not been matched since

1951: The first color televisions are marketed but the product is discontinued less than a month later

2000: The U.S. Federal Drug Administration approved the use of RU-486. The pill is used to induce an abortion

Sports: AC Volleyball and Men’s Soccer get wins on Monday…Cougar Football hope to have some more bodies in uniform Friday…Cowboys roll over the Eagles Monday night….Panthers make deal for cornerback after losing starter…Baseball season rolling toward close, Phillies at Atlanta tonight

Fireball over North Carolina, did you see it ? https://www.cbsnews.com/news/north-carolina-fireball-video/

Should have turned at the gravel pile https://apnews.com/article/sports-iowa-illinois-marathons-springfield-6d5da8e0a65e16d94a8ee82c5f893bd0

Quote of the Day: “We never repent of having eaten too little”…Thomas Jefferson