Happy Mad Hatter Day. Someone stole my beanie with a propeller on top. Do you have a funny hat ? Today’s the day to wear it

1880: The Cincinnati Reds were booted from the National League for selling beer at games. They were reinstated when sanity took over

1961: President Kennedy advised American families to build or buy bomb shelters to protect them in the event of a nuclear exchange with the Soviet Union

1992: Ross Perot appeared in his first paid broadcast on CBS after entering the presidential race

2010: Roy Halliday of the Philadelphia Phillies pitched a no-hitter in a National League Playoff Game against the Cincinnati Reds

Weather: Don’t how how it can be better. Sunny and 76 today

Sports: East and West Middle School Football teams stay perfect…AC Women’s Tennis get win…JV Football tonight at Watauga…Coach Carter says last week was good but we must get better…News gets worse for Panthers…Playoffs are set for Baseball 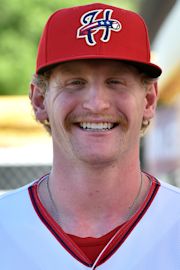 Don’t miss it ! Alexander Central alum Zach Brzykcy will join me today at 5pm for a chinwag about his great season in minor league baseball !

Whatever happened to Common Sense ?

Quote of the Day: “For my birthday I got a humidifier and a de-humidifier… I put them in the same room and let them fight it out”… Steven Wright