Happy Use Your Common Sense Day ! It’ll be a challenge for some

1999: The United Nations imposed economic sanctions against the Taliban that controlled most of Afghanistan. The sanctions were imposed because the Taliban had refused to turn over Osama bin Laden 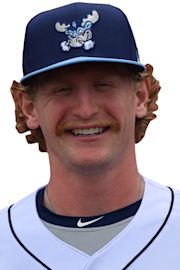 Special guest this afternoon at 5 on “Around the Legal World in 30 Minutes” brought to you by Harbinson and Brzykcy Attorneys at Law. Washington National Organization Pitcher Zach Brzykcy will talk about his first season in professional baseball

New York through and through https://www.msn.com/en-us/news/us/nyc-mayoral-candidate-eric-adams-caught-illegally-parking-driving-on-a-sidewalk-and-actually-entering-his-brooklyn-apartment-in-wild-stakeout-by-new-york-magazine-reporters/ar-AAQfnaz

Pinch me, did the Braves really win the World Series ?