1634: Samuel Cole opened the first tavern in Boston. It failed because everyone didn’t know your name

1789: The first congress of the United States meets in New York. They declare the Constitution in effect

1837: The city of Chicago is incorporated

1966: In an interview in the London Evening Standard, The Beatles’ John Lennon declares that the band is “more popular than Jesus now”

1994: Four Muslim extremists are convicted of the first World Trade Center bombing. Six people were killed in the 1993 attack

Sports: Winkler steps down as Cougar Women’s Hoop Coach…Cougar Baseball drilled by Davie County…Final week of regular season in ACC…Roy Williams OK after collapse…Joey Logano wins in Vegas…Panthers get a look at some Draft prospects 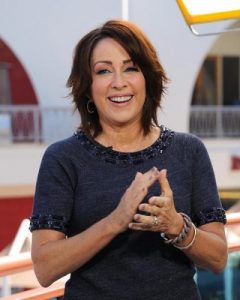 Average New Car Payment is now $551 according to a story in USA TODAY. I think my first new car payment was something like $150 per month

I’m starting to feel guilty when I don’t but Scout Cookies. The girls handle it fine when I say, No Thanks! Their Moms give me an evil look. I want to help but enough already, I bought two boxes and gave them to a skinny person

Put on your Big Boy or Big Girl Pants, It’s Monday for Everybody !

Quote of the Day: “Be careful about reading health books. You may die of a misprint”…Mark Twain