It’s Clean Out Your Refrigerator Day ! If you’re sure what it is, trash it

1864: Union Gen. William T. Sherman and his troops began their “March to the Sea”

1926: The National Broadcasting Co. (NBC) debuted with a radio network of 24 stations 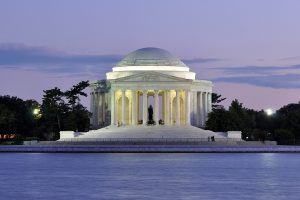 1939: President Franklin Roosevelt laid the cornerstone of the Jefferson Memorial in Washington, DC

1942: The Battle of Guadalcanal ends in a decisive Allied victory in the Pacific https://en.wikipedia.org/wiki/Guadalcanal_campaign

1992: Richard Petty drove in the final race of his 35-year career

Weather: Sunshine, high today around 52. Sunny and warmer on Tuesday

Quote of the Day: “When ‘The People’s Court’ came along, I had an opportunity to really teach people about law. It was very important to me”…Judge Joseph Wapner (Born this day in 1919)