1842: John Greenough is granted the first U.S. patent for the sewing machine

1848: The Communist Manifesto was published by Karl Marx and Friedrich Engels

1878: The first telephone directories are issued in the U.S. to residents in New Haven, CT. The single sheet had 50 names and numbers

1947: Edwin Land demonstrated the Polaroid Land Camera to the Optical Society of America in New York City. It was the first camera to take, develop and print a picture on photo paper all in about 60 seconds. The camera went on sale the following year

1965: Malcolm X was assassinated in New York City at the age of 39 by assassins identified as Black Muslims

1975: Former U.S. Attorney General John N. Mitchell and former White House aides H.R. Haldeman and John D. Ehrlichman were sentenced to 2 1/2 to 8 years in prison for their roles in the Watergate cover-up

1995: Steve Fossett lands in Canada becoming the first person to make a solo flight across the Pacific Ocean in a balloon 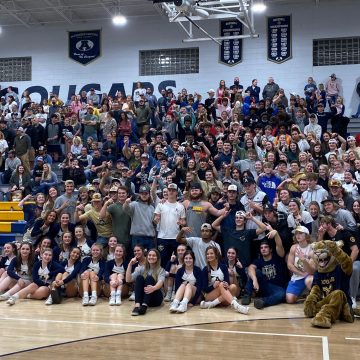 If these dullards figured it out, it’s too easy https://www.nydailynews.com/new-york/nyc-crime/ny-brooklyn-gang-members-stole-millions-in-covid-aid-20220218-poe5moloafht3azdzwfticm5xe-story.html

Beware, Hank is near https://www.cbsnews.com/news/south-lake-tahoe-bear-california-hank-the-tank-breaks-into-home/

Quote of the Day: “I take a very practical view of raising children. I put a sign in each of their rooms: ‘Checkout Time is 18 years”… Erma Bombeck (Born this day in 1927)