It’s Pay It Forward Day. Pay for the order in behind you in the drive-through 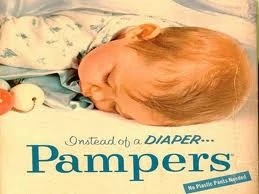 2011: “The Super Outbreak” devastates parts of the Southeastern United States, especially the states of Alabama, Mississippi, Georgia, and Tennessee. 205 tornadoes touched down, killing more than 300 and injuring hundreds more

In the News: No more school says Governor…Superintendent Hefner say an announcement will be made regarding graduation later…Hiddenite man held without bond…Man shot and killed by Caldwell County Deputy…Newton man charged with statutory rape…Morganton man threatens to kill magistrate and shoot law enforcement officers

Weather: Sunny and Windy to start the Week

Sports: Governor pulls the plug on High School Sports…Panthers load up on Defense in the Draft, I think they did very well with their picks…LRU’s Dugger goes in 2nd round to New England…Wake fires Manning…

Kate Pierson at the Love Shack

So sad to see the plug pulled on school in North Carolina for the year. In my mind, the decision could have waited a couple more weeks. I really think we could have returned the kids to school by mid-May and held classes through the end of June

Unemployment due to COVID-19 up to 26 million ! We can’t sustain this much longer

Here we are again, the need for Blood is critical. A Blood Drive is scheduled for today from 2-7pm at the Alexander County YMCA. You can make a big difference, Give Blood Today !

Quote of the Day: “I have never advocated war except as a means of peace”…Ulysses S. Grant (Born this day in 1822)