It’s Wear Two Different Colored Shoes Day ! Do it in the name of style

1921: West Virginia becomes the first state to legislate a broad sales tax, but does not implement it

1937: Margaret Mitchell won the Pulitzer Prize for “Gone With The Wind”

1952: The Kentucky Derby is televised nationally for the first time, on the CBS network

1957:  Walter O’Malley, the owner of the Brooklyn Dodgers, agrees to move the team from Brooklyn to Los Angeles 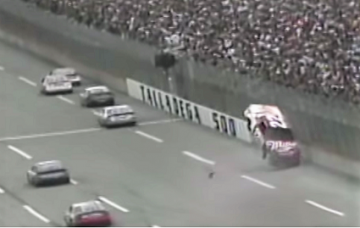 1987: A crash by Bobby Allison at the Talladega Superspeedway, Alabama fencing at the start-finish line would lead NASCAR to develop the restrictor plate for the following season both at Daytona

In the News: Apple Blossom Festival is Saturday in Taylorsville…County Register of Deeds Office will move into new location by end of month…Hazardous Material Disposal Day is Saturday…Is your neighbor in jail ? ….Taylorsville man arrested fro probation violation…Stony Point man charged with failure to appear on felony drug charge…A Hero heading home rides through the area on Thursday

Sports: Cougar Baseball and Softball will play for conference tournament titles today…East Falcons clinch league title…Canes can clinch tonight…Panther will not pick up option on Vernon Butler…The Run for the Roses in Saturday…NASCAR attacks the Monster Mile Sunday 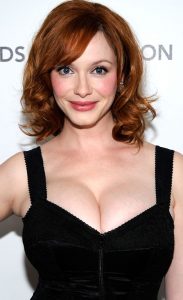 Hands down, one of the worst mayors in American History has stepped down. She should be scorned forever for her imbecilic acts while Baltimore was under siege during the riots a few years ago. There is nothing good to say about her

It’s on my Bucket List, The Kentucky Derby. I’d love to go, don;t know much about horse racing but it would be something to head to Louisville and watch the Run for the Roses. Hey, I look great in an Armani suit with a Hottie in a Hat

The spanking new Bethlehem Ace Hardware has it’s Grand Opening this weekend. Ribbon Cutting is this morning at 10. Lots of activity all weekend. The store is GREAT !

Look for me in the Dunking Booth Saturday at the Apple Blossom Festival. Come by around 1pm at Town Park. Limber up your throwing arm and put me in the drink!

Quote of the Day: “Hatred is gained as much by good works as by evil”…Niccolo Machiavelli (Born this day in 1469)