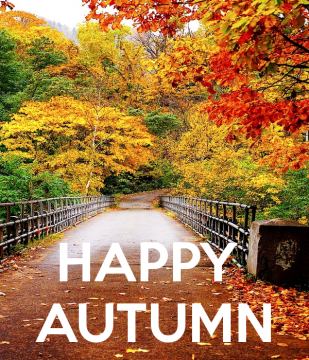 It’s the first day of Autumn !

1862: President Lincoln issued the preliminary Emancipation Proclamation. It stated that all slaves held within rebel states would be free as of January 1, 1863

1955: Commercial television began in Great Britain. The rules said that only six minutes of ads were allowed each hour and there was no Sunday morning TV permitted

1989: Hurricane Hugo roared through Alexander and surrounding counties. Thousands were without electricity, some for a month or more

In the News: Another COVID-19 death in Alexander County…County Commissioners present “Key to the County” to family of Dr Jeff Peale…Board approves bid for wastewater project…Officers in Lenoir and Conover will not be charged after shooting suspects…

Weather: Rain will fall on the first day of Fall. Sunshine returns Thursday, cooler temps too