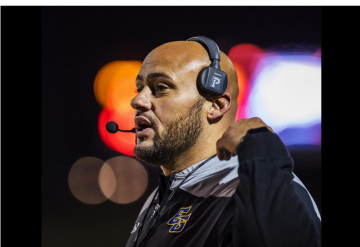 His eight seasons as a head coach include two years at Patton , four seasons at Concord Robinson and one year each at Eastern Guilford and Lincolnton. His career record is 50-44.

Glass will replace Russell Stone who resigned after Hickory suffered through a winless 0-7 season this Spring.

The Red Tornadoes will be a part of a new conference this fall. The league will include St Stephens, Fred T Foard, Statesville. West Iredell, North Iredell, East Lincoln, and North Lincoln.

Hickory will open the Fall 2021 season on August 20th with a non-conference game in Taylorsville against Alexander Central .