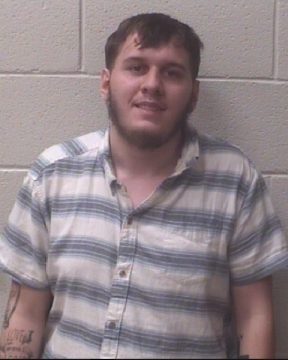 A Newton man is facing charges after being arrested following a traffic stop Friday evening in Alexander County.

19 year-old Caeson Shayne Cannon was arrested by Alexander County Sheriff Deputies and the North Carolina Highway Patrol. He was charged with felony possession with intent to manufacture sell/deliver schedule VI controlled substance, felony maintaining a vehicle/dwelling/place for controlled substance, possession of marijuana, and possession of drug paraphernalia. He was also served warrants from Catawba County for felony robbery with a dangerous weapon and assault with a deadly weapon.

Cannon was placed in the Alexander County Detention Center with a secured bond of $80,500. He was scheduled to make a court appearance on Monday in Taylorsville.