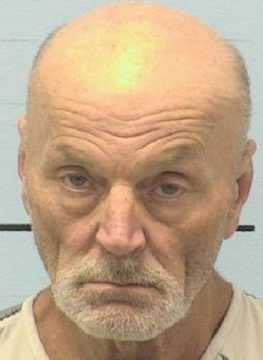 A Morganton man has been charged with murder after a body was found inside a home in the pre-dawn hours this morning.

Burke County Sheriff’s Deputies responded to a reported shooting on Royce Street in Morganton. They found Brandon Chase Jones deceased in the basement of a residence. 56-year-old Rodney Howard Sanders was arrested on the scene and charged with murder. Sanders is being held in the Burke County Jail without bond. No other details have been released.