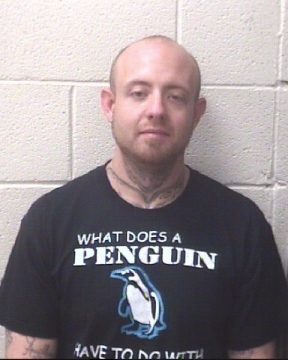 For the second time in less than a week, a Taylorsville man has been arrested.

27-year old Cody Ben Fox was taken into custody on Tuesday by the Alexander County Sheriff’s Office. He was charged with felony larceny of a motor vehicle and placed in the Alexander County Detention Center with a secured bond of $10,000. A March 22nd court date is scheduled for the latest charges.

Fox was arrested last Thursday after a warrant for his arrest was issued by a judge after when he missed a court date. Fox was charged with 4 counts of failure to appear.