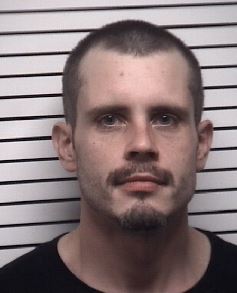 On Sunday January 27th at 4:41 a.m., deputies with the Iredell County Sheriff’s Office responded to an alarm at County Line Grocery located on Campground Road near the Davie County Line. The business had been broken into according to a report. A suspect identified as 27 year old Justin Alexander Hosey of Kings Mountain was still inside the business. Detectives were able to review the security footage. It was determined that Hosey was a suspect at another incident at Fast Phil’s Gas Station on Mocksville Highway. Hosey is also a suspect in similar crimes in Burke and Cleveland Counties according to a news relase.