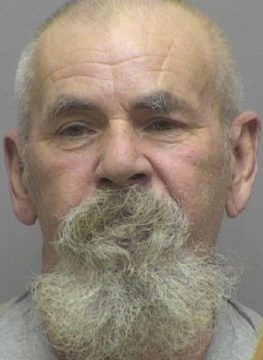 A man being held in the Lincoln County Jail while awaiting sentencing apparently hanged himself overnight.

61-year Randy Lee Rinck Sr. was found by detention personnel around 11:30 pm. Rinck was was unresponsive.
Lincoln County EMS was dispatched to the scene and attempted lifesaving procedures but were unable to revive Rinck.

Rinck was arrested on Sept. 28, in Richmond County after he failed to return to Lincoln County Superior Court after the first day of his trial. He was returned to Lincoln County the same day.
Rink was accused of holding a woman against her will in his home over Valentine’s Day weekend earlier this year. During that time, it is alleged he beat and sexually assaulted her multiple times.

He was found guilty of second-degree forcible sexual offense and assault with a deadly weapon.

The incident is being investigated by the North Carolina State Bureau of Investigation.