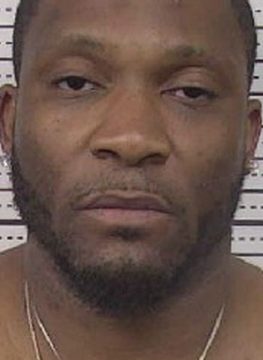 Following a chase, 30-year-old Xavier Dontay Dula of Lenoir was arrested by Caldwell County Sheriff’s Deputies on Friday, May 13. He’s charged with felony counts of speeding to elude arrest, larceny of a motor vehicle, larceny of a firearm, larceny, possession of a stolen firearm, and two counts of possession of a firearm by a convicted felon. Dula was also charged with misdemeanor counts of second-degree trespassing and larceny.

The suspect was placed in the Caldwell County Detention Center with bond set at $88,500, secured. He was scheduled to appear in District Court on Monday, May 16th. Dula also has a Superior Court date on May 23.