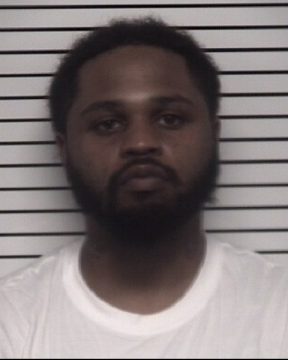 On Saturday,February 26th, the Iredell County Sheriff’s Office received information on a location for 30-year old Arthur Lee Givens V of Charlotte. He was considered a person of interest in an active homicide investigation.

As Iredell County Sheriff’s Office Homicide Team Investigators were responding to the location, they forwarded Givens’ position to U.S. Marshals who had been working with the Homicide Team members to locate Givens.

Givens was located in Oaklawn Cemetery in Charlotte, and was taken into custody. Givens was then transported to Iredell County. On Monday, Iredell County Detectives applied for, and received a felony arrest Warrant for murder.

The homicide occurred on February 19th. Road Patrol Deputies with the Iredell County Sheriff’s Office responded to 480 Rocky River Road near Mooresville in reference to a person having been shot in a vehicle. When the deputies arrived, they located 34-year old Lailani Nicole Givens. She was pronounced dead at the scene. Information was developed which led investigators to name Arthur Lee Givens V as a person of interest.

Givens has been charged with murder and is being held without bond in the Iredell County Detention Center.