An Iredell County man has been charged with the murder of a man said to a relative.

The Iredell County Sheriff’s Office has released the following information:

The Iredell County Sheriff’s Office received a call Friday evening shortly after 8pm in reference to a shooting which had occurred at 221 Rock Springs Road near Harmony.

When deputies arrived on scene, they located a male who had been shot several times laying in the side yard of the residence. The deputies administered emergency medical care, and started performing CPR on the victim. The scene was secured, Iredell County EMS arrived and continued administering care until it was determined the victim was deceased. 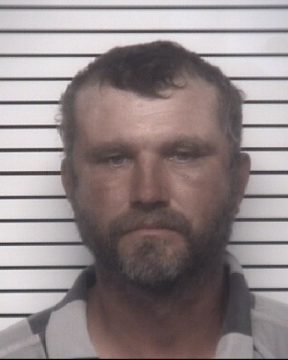 Witnesses to the shooting advised the deputies, 41-year old Noah Franklin Potts was the shooter, and he had fled the scene on an all-terrain vehicle (ATV).

Additional responding deputies quickly located Potts at his home, a short distance away, on Powell Bridge Road. Powell was detained and a pistol was located in an ATV. This secondary crime scene was also secured.

Detectives obtained, and executed search warrants where they collected numerous items of evidence from the initial crime scene as well as the scene at 707 Powell Bridge Road. Statements were also taken from eye witnesses to the shooting.

As a result of this investigation, Noah Franklin Potts was charged with one count of Felony First Degree Murder. He is being held in the Iredell County Detention Center without bond.